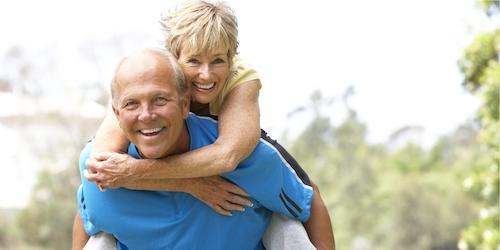 What is Urinary Incontinence?

Urinary incontinence is estimated to affect 12–17% of US males, with increasing prevalence associated with aging. Stress urinary incontinence (SUI) as a subtype has been defined by the International Continence Society as the complaint of involuntary leakage on effort or exertion, or on sneezing or coughing. Although any surgical or radiotherapeutic manipulation of the prostate may result in SUI, radical prostatectomy (RP), transurethral resection of the prostate (TURP), and radiation therapy are most commonly associated SUI .

The true prevalence of SUI following radical prostatectomy remains unknown with estimates varying from 2 to 43%. Regardless of the etiology of severe male SUI it remains a very debilitating condition which greatly affects quality of life. It is estimated that 56% of patients will suffer from urinary incontinence in the peri-operative period following catheter removal after a prostate is removed for cancer (post prostatectomy). This decreases to 21% at three months, and up to 14% at one year. While the initial management of post-prostatectomy incontinence consists of emotional support and reassurance, it is expected that, in most cases, steady improvement will be noted. In severe cases, ongoing skin irritation due to urine bathing the skin and difficulty with pads may necessitate the use of condom catheters, penile clamps and even indwelling Foley urinary catheters to improve control.

The good news is there is hope for patients who often are suffering in silence.

How the Device Works?

The artificial urinary sphincter (AUS) is a surgically implantable device used to restore urinary control in men. Most commonly, the device is implanted in men who have sphincter or valve muscle damage following prostate surgery. The entire device is implanted inside the body in a brief outpatient surgical procedure lasting approximately one hour. With appropriate evaluation for the proper selection of candidates for the AUS, the long-term results in experienced hands are excellent. One the leading artificial urinary sphincter implanters and authority in the country, Dr Angelo Gousse has performed more than 700 AUS implants, making him the number one implanter in Florida.

The AUS consists of three components: the cuff, which goes around the urethra, the pump, which goes inside the scrotum, and the balloon, which holds the fluid for the device (see figure). The balloon is available in different pressure ranges and is filled with a fluid that is very safe even if it leaks. The device works hydraulically, with the cuff around the urethra staying closed at all times. When the person wants to urinate, the pump is squeezed and the cuff opens. Automatically, in 3-5 minutes, the cuff closes again. The refilling of the cuff is controlled by a resistor mechanism inside the pump.

The most common indication for implanting the AUS is sphincter damage following prostate surgery (especially radical prostatectomy for prostate cancer). It is essential that the exact cause of urine leakage be defined by special bladder and sphincter function tests, called urodynamics, before any surgery is performed. In order for the AUS to be successful, the bladder must be able to store a normal amount of urine at low pressure and to empty normally. This ability of the bladder to function normally is examined during the urodynamic testing.

Technique of Implantation In the Male

Insertion of the AUS is performed in a hospital operating room under either a general or a spinal anesthetic. Two small incisions are made: one in the groin area and the other between the scrotum and the rectum. The proper size cuff is placed around the urethra and the tubing from the cuff is passed up to the groin area. The small pressure-regulating balloon, which is about the size of a golf ball, is placed beneath the abdominal muscles and the pump that controls the device is tunneled down into the scrotum, just beneath the skin. All connections between the three components are made in the groin area and the incisions are closed. At the conclusion of the operation, the cuff is locked open for 4-6 weeks until healing is complete.

It is an outpatient procedure and there is minimal postoperative pain. Most men return to work 2-3 weeks after surgery. About 4-6 weeks after surgery, the AUS is activated in the office by squeezing a button (no surgery is required) to allow urinary control to be restored.

More than 100,000 men worldwide have received the AMS 800 Urinary Control System. For almost 35 years, physicians worldwide have been implanting the AMS 800 as an effective treatment for stress urinary incontinence in men. The AMS 800 has been proven to be effective in the treatment of male incontinence following prostate surgery, and is considered the gold standard by most urologists. When using this device, most men are dry, with only minor leaks or dribbles of urine, usually with strenuous exercise or exertion. Most men use one pad or less per day to manage these minor leaks. As with any medical procedure, the AMS 800 is not 100% effective in all patients. Some men may require additional protection.

The AMS 800 offers the following benefits in helping to restore your quality of life:

What the Future Holds?

Dr Angelo Gousse is the lead surgeon as part of a research team at the University of Miami developing a novel artificial urinary sphincter based on blue tooth technology. The key features of the device include implant simplicity using less implantable components, no fluid in the device, and improved versatility for real-time pressure adjustments using a hand-held remote control device.