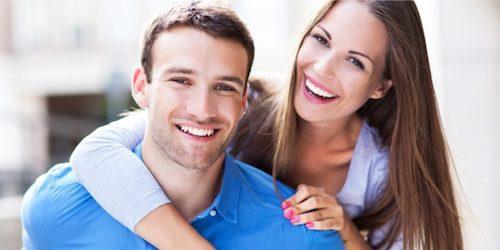 It is estimated that approximately 40 million American women are affected by Female Sexual Dysfunction ( FSD). Some investigators have found that sexual dysfunction is more prevalent in women (43%) than in men (31%), and increases as women age. Unlike men FSD can occur in young women in their 20’s. Some recent studies have noted that married women have a lower risk of sexual dysfunction than unmarried women. Racial differences have also been noted. Hispanic women consistently report lower rates of sexual problems, whereas African American women have higher rates of decreased sexual desire and pleasure than do white women. Sexual pain (dyspareunia), however, is more likely to occur in white women.

Although the exact cause of Female Sexual Dysfunction remains unknown, both physiologic and psychological components are believed to play a part. In order to better understand FSD it is imperative to be familiar with normal female sexual function. Many changes occur in the female external and internal genitalia during sexual arousal. Increased blood flow promote what is called ” vasocongestion of the genitalia”. Secretions from uterine and vaginal glands lubricate the vaginal canal. Vaginal smooth muscle relaxation allows for lengthening and dilation of the vagina. As the clitoris is stimulated, its length and diameter increase and engorgement with blood occurs. In addition, the labia minora becomes also engorged because of increased blood flow. Vaginal temperature increases during arousal.

FSD is psychologically complex. While the female sexual response cycle was first characterized by Masters and Johnson in 1966 and included four phases: excitement, plateau, orgasm, and resolution, in 1974, Kaplan modified this theory and characterized it as a three-phase model that included desire, arousal, and orgasm.

Other investigators have proposed that the female sexual response is driven by the desire to enhance intimacy. Currently, it is believed that various biologic and psychological factors can negatively affect this cycle, thereby leading to FSD. Hormonal changes, such has a drop in estrogen, seen in post-menopausal women, can also greatly affect sexual desire and vaginal lubrication. Nerve and small vessel disorders seen in conditions such as diabetes, high cholesterol, cigarette smoking can also affect sexual function. Women with hypertension, vascular problems are at very high risk because of diminished blood flow going to the genitalia.

Female sexual dysfunction can be divided into 5 major subtypes: 1- Disorder of libido ( sexual desire ) 2- Arousal dysfunction 3- Vaginal lubrication disorders 4- Disorders related to orgasm 5- Vaginismus and Dyspareunia ( painful intercourse ). Many women with FSD are affected by all or some of the subtypes.

For many reasons, treatment options are more difficult and less established in women than in men. There is no “magic” female sexual dysfunction pill. Although there is extensive research in the field, the exact cause of FSD remains unclear. Furthermore, dual psychologic and physiologic causes are often present . While the oral tablets such as Viagra, Cialis, Levitra which fall in the category of phosphodiasterase-inhibitors (PDE-5) have been useful in male erectile dysfunction, they have little value in FSD. Hormonal manipulation, while often helpful in FSD, must be weighed very carefully against possible side effects such as weight gain or cardiovascular risks. Vacuum erection devices of the clitoris, while available in women, have not been widely used for clitoral engorgement and arousal disorders. Women with lubrication disorders can be treated with estrogen vaginal cream or lubricants. This often alleviates dyspareunia (painful intercourse) when present. Psychological counseling and sexual therapy have remained at the forefront of FSD related to sexual intimacy or psychologic disorders. Often, a multispecialty approach is most effective. Women suffering from FSD who desire treatment are best treated with clinicians specialized in the area.