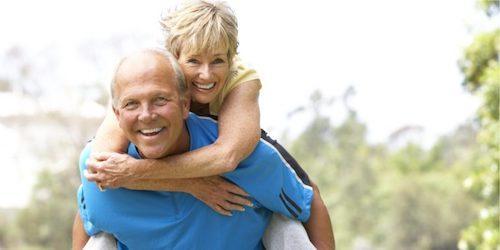 The simplest type of prosthesis consists of a pair of malleable (bendable) plastic rods surgically implanted within both erection chambers of the penis. With this type of implant the penis also feels semi-rigid and merely needs to be lifted or adjusted into the erect position to initiate sexual activity. Many men do find the malleable penile prosthesis natural enough.

Currently, most men with ED choose a hydraulic, inflatable penile prosthesis, which allows a man to have an erection whenever he chooses and is much easier to conceal when deflated. Many men feel that the inflatable prosthesis is more natural.

Urologists should advise a penile prosthesis only when there is a clear medical cause for ED and when the problem is unlikely to resolve or improve naturally or with other medical treatments. Rarely a penile prosthesis is implanted during surgery to reconstruct the penis when scarring has caused erections to curve (Peyronie’s disease).

The inflatable penile prosthesis consists of two cylinders — a reservoir and a pump — which are placed surgically in the body. The two cylinders are inserted in the penis and connected by tubing to a separate reservoir of fluid. The reservoir is implanted under the groin muscles. A pump is also connected to the system and sits under the loose skin of the scrotal sac, between the testicles.

To inflate the prosthesis, the man presses on the pump. The pump transfers fluid from the reservoir to the cylinders in the penis, inflating them and causing an erection. Pressing on a deflation valve at the base of the pump returns the fluid to the reservoir, deflating the penis and returning it to the normal flaccid state.

While men who have had the prosthesis surgery can see the small surgical scar where the bottom of the penis meets the scrotal sac, other people probably will be unable to tell that a man has an inflatable penile prosthesis.

When the penis is inflated, the prosthesis makes the penis stiff and thick, similar to a natural erection. Most men rate the erection as shorter than their normal erection; however, newer models have cylinders that may increase the length, thickness, and stiffness of the penis.

When the penis is inflated by pressing on the scrotal pump, the prosthesis makes the penis stiff and thick, similar to a natural erection. Most men rate the erection as shorter than their normal erection; however, newer models have cylinders that may increase the length, thickness, and even stiffness of the penis.

Fortunately, approximately 90%-95% of inflatable prosthesis implants produce erections suitable for intercourse. Satisfaction rates with the prosthesis are extremely high, and typically 80%-90% of men are satisfied with the results and say they would choose the surgery again.

Insurance plans are likely to pay for the penile prosthesis, as long as a medical cause of ED is established. Medicare covers the surgery, but Medicaid does not.