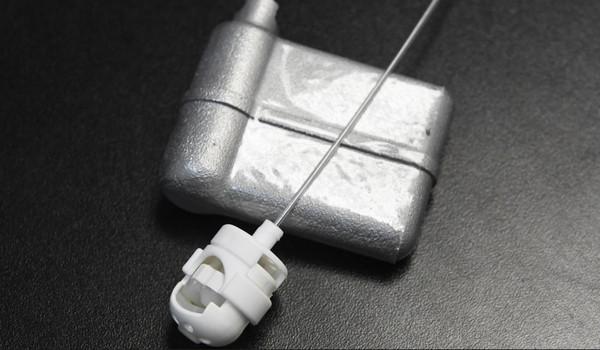 Most of us don’t have to give much thought to the mechanics of going to the bathroom. Our bodies tell our brains when we have to go, and our brains tell our bodies when it’s acceptable to do so.

But millions of people with incontinence have to cope numerous times a day with the reality that the brain-to-body messaging they once took for granted will never operate normally again.
In a small office building in Fort Lauderdale, inventor Peter H. Sayet says he’s close to marketing a device that will enable incontinence sufferers to regain control of their urinary functions.

Sayet is president and CEO of Precision Medical Devices Inc., which he founded in 1998. In the past two decades, the company has secured nine patents and spent $5 million raised from about 200 investors through private-placement stock offerings to develop a Bluetooth-operated bionic sphincter controller, which he calls the Flow Control Device.

It’s an implanted valve designed to fit around the urethra of a man or woman. The valve is opened and closed by a cable connected to a battery-operated controller inserted on the patient’s side, under the skin. When it’s time to urinate, the patient — or in the case of an Alzheimer’s sufferer, a caregiver — uses a wireless fob or phone app to tell the controller to open and close the valve. Batteries are recharged wirelessly and must be replaced every five or six years.

Precision Medical Devices, Inc. President and CEO Peter H. Sayet has developed this Bluetooth-controlled bionic device used to help people with urinary incontinence. Sayer has spent the past 20 years developing the device, which also is designed to help dogs. (Taimy Alvarez / Sun Sentinel)
Sayet said he first thought of the idea two decades ago, walking through a supermarket and coming upon a large display of adult diapers. “I thought, ‘How many of those are filling up our landfills? There’s got to be a better solution,’” he said.

In development for 20 years, the Flow Control Device has been successfully implanted in two dozen dogs and should be commercially available for dogs by year’s end, Sayet said.

In addition to extending dogs’ lives, the device’s success with canines could pave the way for the U.S. Food and Drug Administration to green-light human trials sometime next year, followed — Sayet and his investors hope — by approval of the device for human patients by 2020.

The surgery to implant the device should last no longer than 35 minutes and requires a single incision below the belt line, Sayet said. Cost of the procedure and device should be no more than $15,000, he said. It’s not yet known whether the device would be covered by health insurance.

Sayet said the device has the potential to help 35 million to 40 million people with urinary incontinence. They include children with hereditary diseases, including spina bifida, a birth defect that occurs when the spine and spinal cord don’t develop properly and can interfere with operation of the nerves that supply the bowel and bladder. Seventy-five percent of patients with spinal cord injuries suffer incontinence, as do paraplegics. Women often develop urinary incontinence because their pelvic nerves and muscles can be damaged during vaginal childbirth.

The device would also be a quantum leap, Sayet said, over the two most commonly implanted incontinence controllers currently on the market.

One is a urethra valve for males that a patient must control manually by squeezing a controller inserted in the scrotum. Sayet said that in addition to requiring two to three hours of surgery, a major problem with this valve is it cannot be implanted into Alzheimer’s patients because they often lack the mental capacity to operate the controller. The Flow Control Device would overcome that hurdle because the patient’s caregiver could operate the fob or the phone app after the patient is seated on the toilet, he said.

For women, the most common surgical option — the transvaginal mesh — has been beset with problems. It’s a piece of synthetic material, or mesh, that creates a pelvic sling around the urethra and thickened muscle where the bladder connects to the urethra, to keep the urethra closed, particularly when coughing or sneezing.

Failure rates for the vaginal mesh have been unacceptably high, Sayet said. About one in 30 women have required removal or revisions of the mesh after experiencing problems that include erosion of the material into the vaginal tissue, Reuters reported. More than 50,000 women in the United States have joined class-action lawsuits against manufacturers of the devices.

Sayet’s valve works for women and men in essentially the same manner, he said.

“We think ours will be the gold standard,” he said.

After the urethral valve is on the market, he expects to develop further versions, including one with a larger valve to help patients who have had colostomies to reroute their intestines or colons to a port, called a stoma, in their abdomens. Colostomy patients currently have no control over their waste functions and must wear bags over their stomas that must be emptied multiple times a day.

Most of the prototype development and assembly takes place in contracted engineering labs, he said, and the dog prototypes were implanted by veterinary surgeons at the University of Miami and University of North Carolina.

Sayet said he has chosen to invest money raised from investors into research rather than waste it on expensive and showy laboratories and offices.

Sayet’s work has the support of numerous urology specialists, including Dr. Angelo Gousse, a former tenured professor of urology at the UM’s Miller School of Medicine, who now serves as the company’s chief of surgery and member of its medical scientific board.

In late March, Sayet announced a strategic collaboration with the Mayo Clinic in Jacksonville and its incontinence expert, Dr. Paul Pettit, to help advance the Flow Control Device to the clinical trials phase.

Mayo Clinic spokesman Kevin Punsky confirmed last week that Pettit and the clinic are collaborating with Precision Medical Devices, but said the collaboration is in the early stages and that “Dr. Pettit is not available for comment at this time.”

One of Precision Medical Devices’ earliest investors, Miami-based family practice physician Dr. Victor Krestow, said he hasn’t lost any enthusiasm about the invention over the 20 years it has been in development.

Krestow, who said he has invested “well into six figures,” calls the project “thrilling.”
“I’ve been in private practice here in my medical building 48 years,” he said. “And I see patients one at a time. This gives me an opportunity to help millions of people who suffer urinary incontinence.”

He’s even excited about the potential to extend the lives of dogs who will get the device. Incontinence, he noted, is one of the major reasons owners euthanize their dogs. Sayet said the implant and procedure should cost about $3,500 for dogs.

Krestow said he became aware of the need for a better solution when he watched his mother suffer from incontinence for 15 years before dying at 94.

People with incontinence are often too embarrassed to discuss their situations, even with their physicians, he said. When some have confided in him, Krestow said he tries to give them hope. 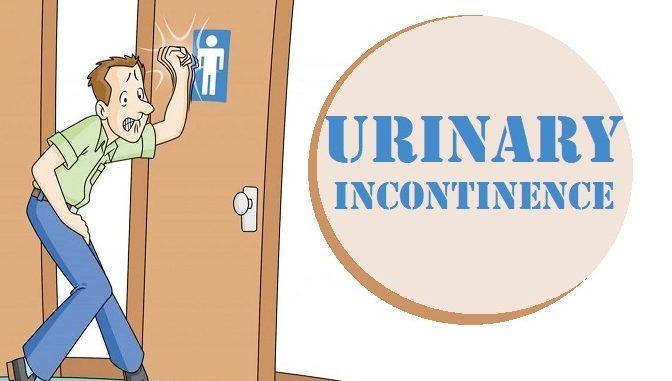 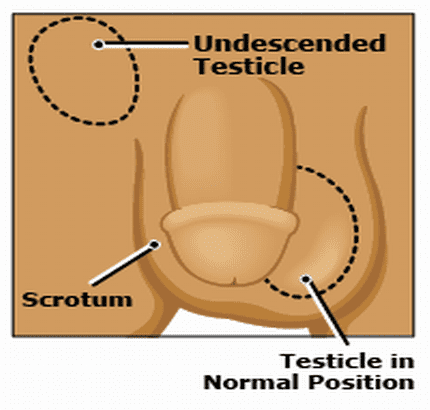 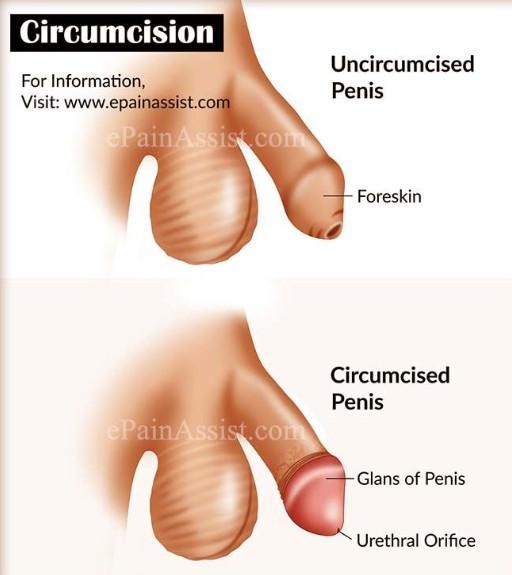 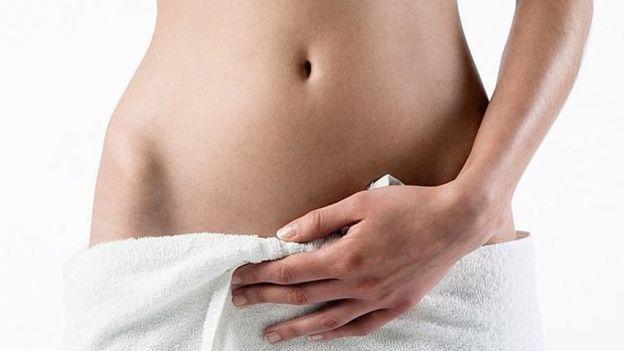 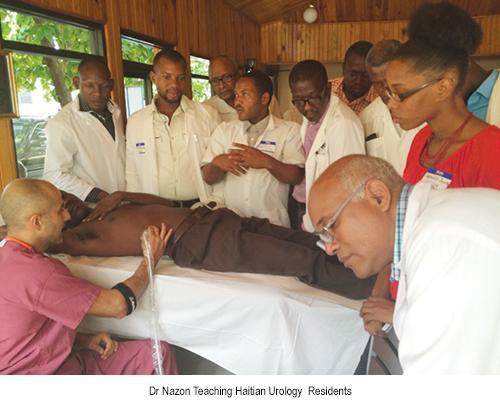 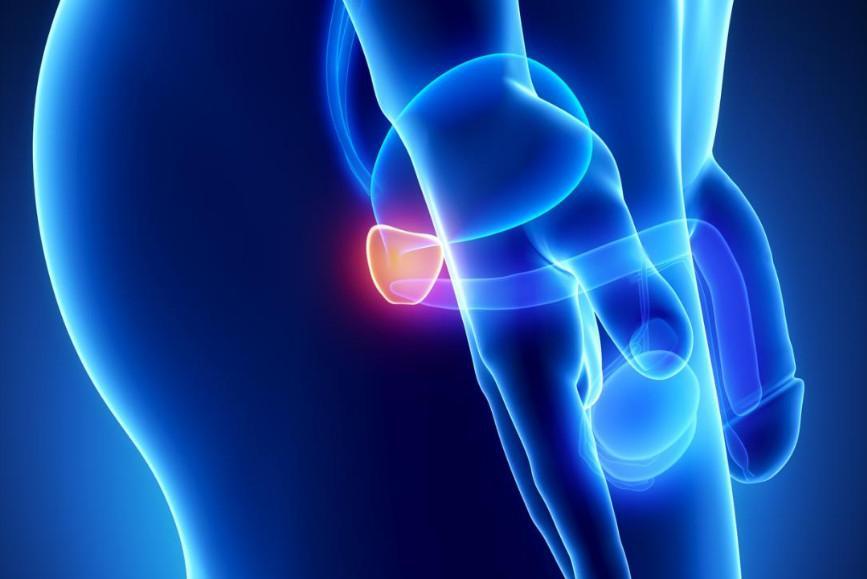